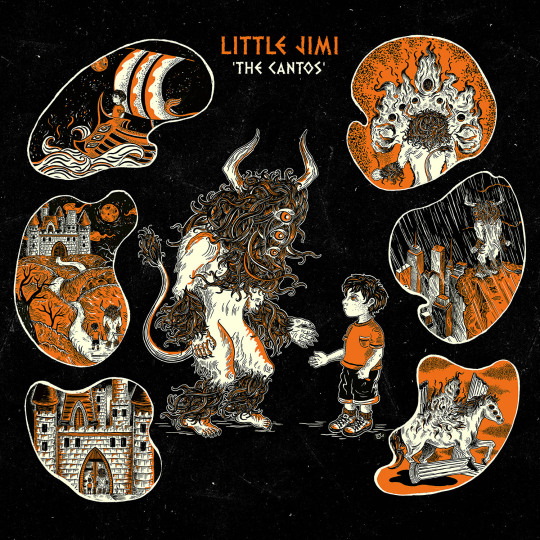 Here’s a band that makes me feel like everything’s alright with the world. Meet LITTLE JIMI, the collaboration of Frenchmen Benjamin Monnereau (guitar, vox), Guillaume Arancibia (guitar, backing vox), and Antoine Le Gall (drums). Their one of the exciting acts to grace the roster of Mrs Red Sound– Mars Red Sky’s own record label – and a well-appointed addition, at that.

Hailing from Bordeaux, the fuzzy psychedelic prog rock outfit first came to my awareness three years ago when they made their presence known on their chill debut, released under the inauspicious title ‘Ep.1’ (2021). That record presented the band as “intense, audacious and thrilling.” Now, Little Jimi are back with a record that can best be described as “sublime”: ‘The Cantos’ (2021).

A canto is a word that designates a section in an epic poem (think Dante’s Divine Comedy) and this record has six of them. In other words, rather than a scattered series of generally unrelated poems (as most records generally are), Little Jimi approached The Cantos with a uniting theme in mind. Each canto turns the pages on another chapter in the life of a boy named Jimi, who daily dreams up new and fantastic worlds to explore through the medium of sound. Says the band:

‘The Cantos’ project – music and artwork – is inspired by writings about travel, such as Homer’s Odyssey. It has been a common thread for the whole musical creation, we knew where we wanted to go from the beginning. We took as much time as we needed to write and create this record, we didn’t rush so nothing was left to chance. ‘The Cantos’ is an item that we are really proud of.

Speaking of sound, the guitar tone throughout the album is quite reminiscent of Julien Pras, and I wouldn’t be surprised if Benjamin Monnereau is using a similar guitar (and tuning) to the Mars Red Sky frontman. The vocals are relaxed, but not narcotic. The rhythm section manages to keep the beat without taking over the show, allowing the stoned garage vibe to stay nice and hazy throughout. 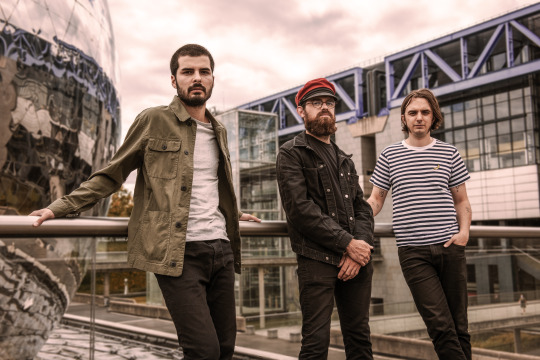 Perhaps you, like Jimi, long for the adventure that only travel can bring, when you release yourself from the familiar and embrace the uncertainty of the strange. There’s plenty of self-discovery to be had even if you grant yourself an hour to get lost in new music. May I recommend Little Jimi be the tour guide for your next trip? I can’t remember an album I’ve enjoyed more in recent days. I’ll be revisiting it often.

Little Jimi’s The Cantos emerges August 20th in digital format (pre-order here), then September 17th on limited edition orange splatter vinyl care of Mrs Red Sound (here). And now for the world premiere of the awesome new music video “Last Cantos” by Little Jimi. My hunch is you’ll not be able to stop yourself from a second (or third) helping of this sonic bliss.

Little Jimi’s upcoming record ‘The Cantos’ (2021) is none other than the sonic initiation story of Jimi, a strange kid whose schizophrenic personality is a doorway toward an in-depth introspective and fanciful musical universe. Space rock, trippy doom and a bit of grunge are perfectly mixed here, bearing elements as disparate as Dopelord-like devastating drums, hypnotic and mythological riffs in the vein of the creative subtlety of Mr. Bison or All Them Witches.

Wrapped in an efficient fuzzy fog and peppered by pounding drums, first single “Last Cantos” is a highly psychedelic and mystic song. The topics are directly borrowed from the Greek mythology, and its rise in power is absolutely addictive. 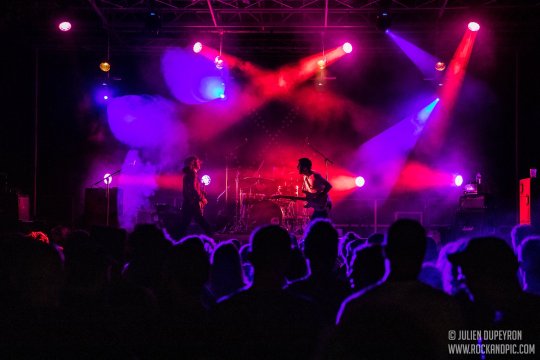 French trio Little Jimi was born in 2017. The same year, they release their eponymous debut EP that launches the disturbing adventures of Jimi the kid, told over the trio’s releases. Bordeaux-based underground prodigies’ psychedelic andprogressive rock is intense, audacious and thrilling. Their fuzzy ’60s-’70s-inspired notes draw heady and powerful compositions, modernised by a colourful heavy sound.

In November 2018, Little Jimi inked a deal on Mrs Red Sound for the release of their debut album ‘Ep.1’, and start to tour with international stoner scene major acts like Mars Red Sky, The Necromancers or Belzebong. On stage, the band’s exaltation features strength, energy and passion, as you can see with bands like Earthless or All Them Witches. Little Jim’s two guitars together build a massive wall of fuzz through which listeners will likely never notice the absence of the bass guitar.

Recorded at Mana Studio (Châteauneuf, France) by Manuel Meslier and masters par Pierre Etchandy, their upcoming album ‘The Cantos’ is coming out on August 20th, 2021 on digital and on September 17th, 2021 on LP via Mrs Red Sound, the record label created by Mars Red Sky. 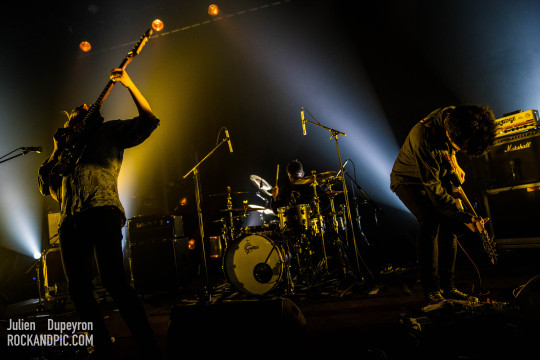 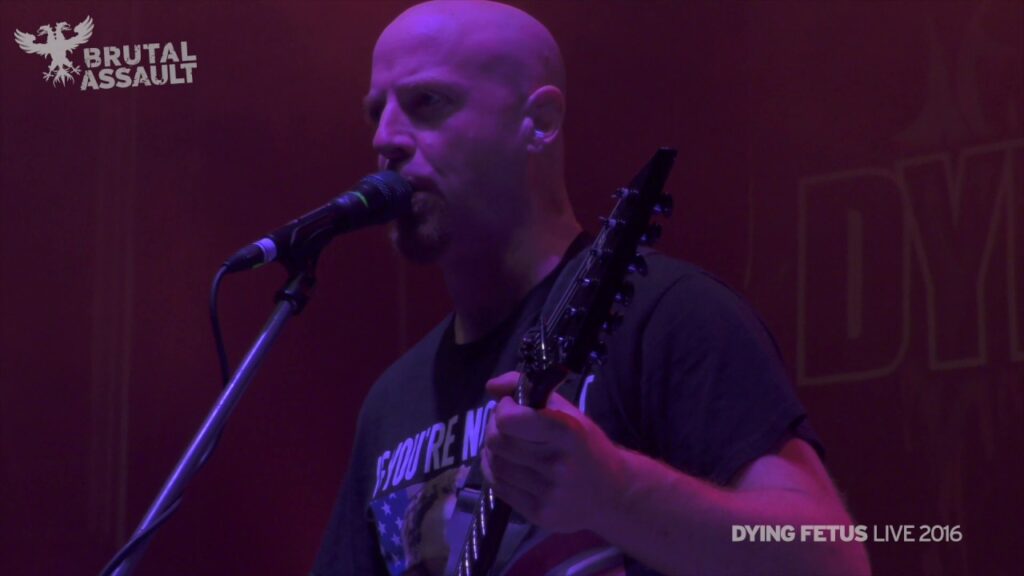